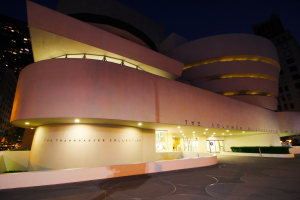 Join Municipal Art Society guide Sylvia Laudien-Meo to explore the history behind the Guggenheim Museum, its revolutionary architecture and its founding director Hilla Rebay. Rebay is less well known, but no less a true visionary who was very much involved in bringing the extraordinary collection and the exhibition space to life. 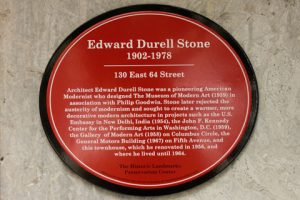 What do Edward Durell Stone, Ada Louise Huxtable and Andy Warhol have in common? All have a red oval NYC cultural medallion marker on the site they called home in New York City. On April 26, I.M. Pei’s house on Sutton Place will join the ranks. A virtual dedication event is planned. 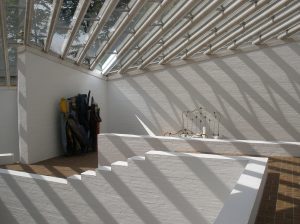 Philip Johnson and the Glass House: A Lifetime in Art

As part of the Ridgefield Library’s ARTalks series Hilary Lewis, Chief Curator and Creative Director of the Glass Housewill talk about how Philip Johnson professionally engaged in art and architecture for nearly 75 years. Johnson’s approach to architecture as art resulted in the development of one of the most remarkable architectural and artistic environments in the country. 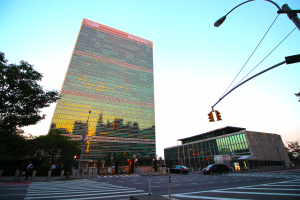 History and Architecture of the United Nations

The United Nations Headquarters buildings are an iconic part of the Manhattan skyline and their architecture embodies the spirit of cooperation, equality and transparency central to the United Nations’ mission. This Municipal Art Society virtual tour, led by UN tour guide Jonathan Mishal, takes an insider’s look at the history and architecture and examines how the UN functions within, using current and historical photographs, and original architectural drawings. 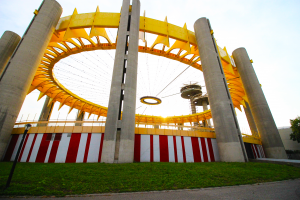 At the World’s Fair, Modern architecture met Pop Art. During this live virtual tour from AIANY, held on the anniversary of the opening of the Fair in 1964, guide John Kriskiewicz will examine extant architecture from the Fair, including Philip Johnson’s New York State Pavilion, Wallace Harrison’s Hall of Science, and modern sculpture by Peter Muller Monk, Jose de Rivera, and others, while exploring that memorable, controversial exposition. 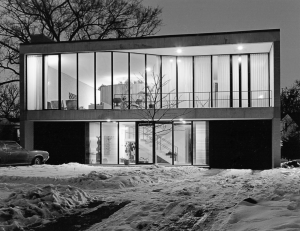 Enclaves of Modernism: Houses From Chicago to New Canaan

This Glass House Presents virtual event welcomes architectural historian, educator, and preservationist Michelangelo Sabatino for a presentation of his book Modern in the Middle: Chicago Houses, 1929–1975 followed by a conversation moderated by Barry Bergdoll with William D. Earls and Hilary Lewis. 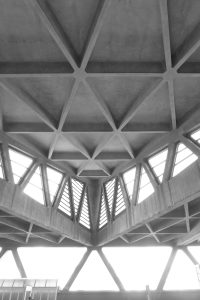 “Concrete—the most destructive material on earth.” So goes the dramatic title of a recent  Guardian podcast. The articles and reactions generated by the program indicate that concrete is reviled, beloved and everything in between. Susan Macdonald of the Getty Conservation Institute will discuss both the legacy and future use of concrete in a lecture presented as part of the Columbia University GSAPP Preservation Lecture Series. 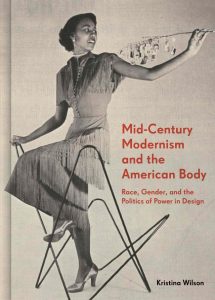 Race, Gender, and Power in Modernist Design with Kristina Wilson

In this this virtual talk, Art History Professor Kristina Wilson will investigate how race and gender influenced—and were influenced by—the development and marketing of midcentury Modern decor in postwar America, presenting a striking counter-narrative to conventional histories of design. 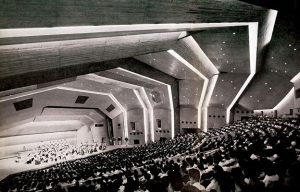 In a book talk for the Czechoslovak Society of Arts and Sciences, Helena Capkova will present her new book about Antonin Raymond, a Czech-American architect who helped rebuild Japan after WWII, as seen through the lens of his friends and collaborators, his way of working, and reasons for his success in postwar Japan.

Have an event related to Modern architecture?