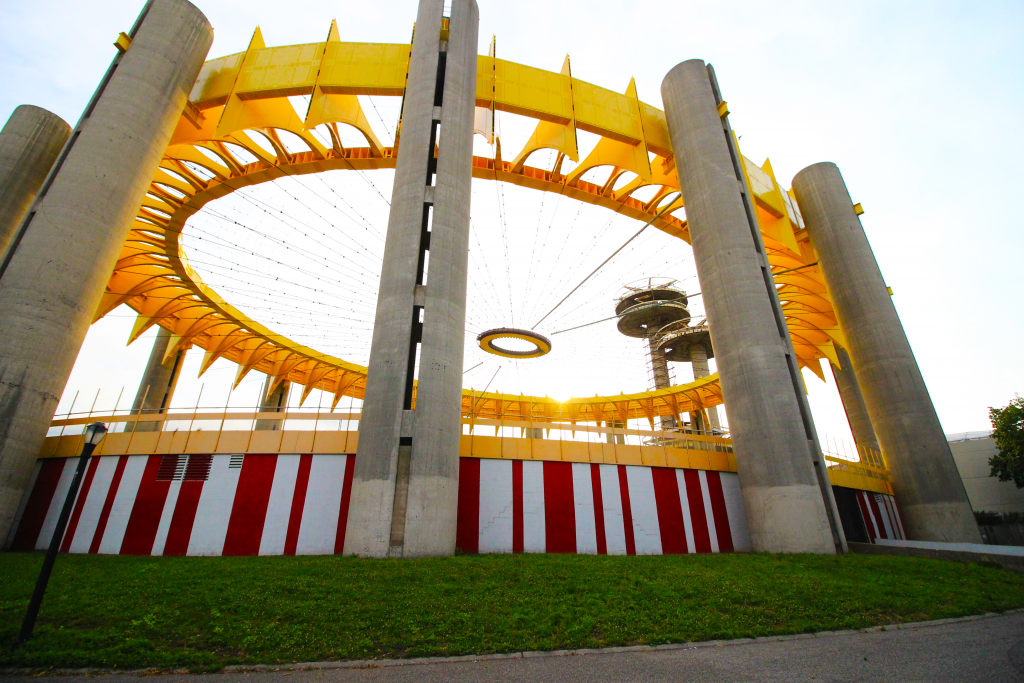 World’s Fairs have for years offered the chance for architects to explore new concepts and technologies to create memorable, visceral experiences for a broad public. Structures designed for the 1964/65 New York World’s Fair were emblematic of a turbulent period for both architecture and society. Conceived at the dawn of the Space Age, the Fair opened as the country was coming to terms with civil rights and technological and social upheaval. At the World’s Fair, Modern architecture met Pop Art. During this live AIANY virtual tour, held on the anniversary of the opening of the Fair (April 22, 1964), guide John Kriskiewicz will examine extant architecture from the Fair, including Philip Johnson’s New York State Pavilion, Wallace Harrison’s Hall of Science, and modern sculpture by Peter Muller Monk, Jose de Rivera, and others, while exploring that memorable, controversial exposition.