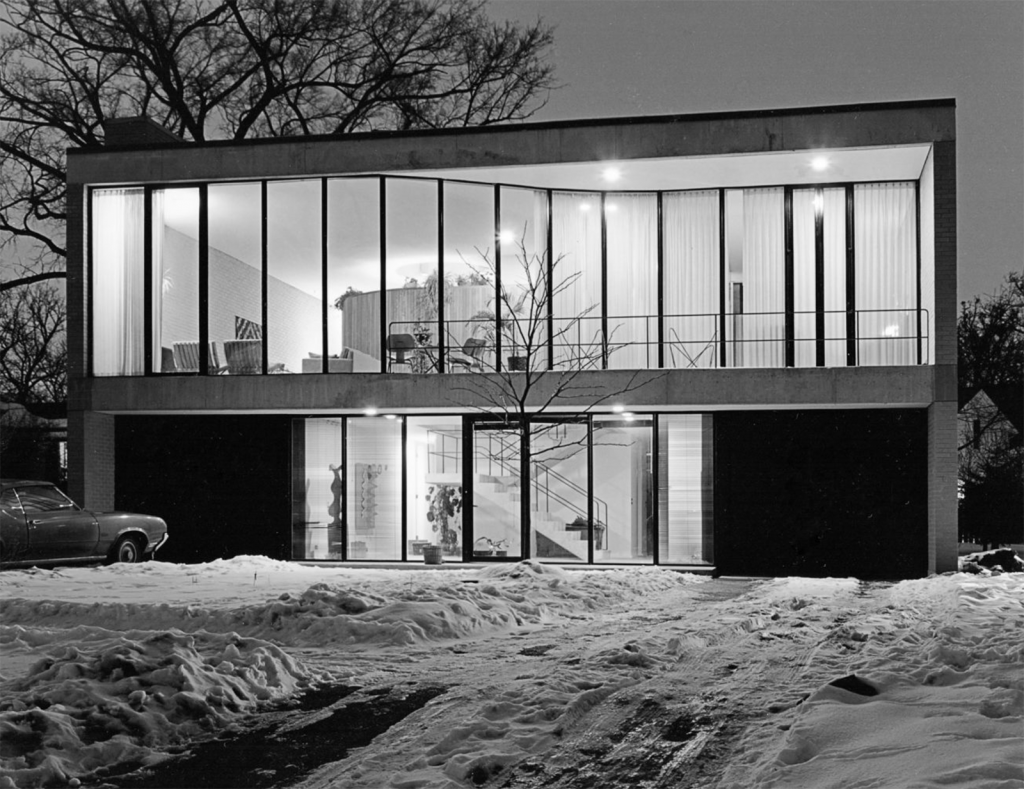 Enclaves of Modernism: Houses From Chicago to New Canaan

This Glass House Presents virtual event welcomes architectural historian, educator, and preservationist Michelangelo Sabatino for a presentation of his newly published book Modern in the Middle: Chicago Houses, 1929–1975 (co-authored with Susan Benjamin) followed by a conversation moderated by architectural historian, educator, and curator Barry Bergdoll with the participation of local architect and author William D. Earls, and Glass House chief curator Hilary Lewis. Themes to be discussed during the conversation range from the dialectic tensions between International Style and regional vernaculars, competing influences of Frank Lloyd Wright and Ludwig Mies van der Rohe in American architecture, and the role that adventurous clients played in shaping the development of enclaves of modernism.

Michelangelo Sabatino is Director of the Ph.D. Program in Architecture and the inaugural John Vinci Distinguished Research Fellow at the Illinois Institute of Technology. As an educator, academic administrator, and award-winning scholar, Sabatino has contributed to architectural discourse and practice in the Americas and beyond. His book Pride in Modesty: Modernist Architecture and the Vernacular Tradition in Italy (2011) was translated into Italian and won critical acclaim and multiple awards. His recent and forthcoming books include Canada: Modern Architectures in History (with Rhodri Windsor Liscombe, 2016), Avant-Garde in the Cornfields: Architecture, Landscape, and Preservation in New Harmony (with Ben Nicholson, 2019), Making Houston Modern: The Life and Architecture of Howard Barnstone (with Barrie Scardino Bradley and Stephen Fox, 2020) and Carlo Mollino: Architect and Storyteller (with Napoleone Ferrari, 2021).

Glass House Presents is an ongoing series of talks, performances, and other live events that extend the site’s historic role as a gathering place for artists, architects, and other creative minds. This event is co-hosted by New Canaan Library and supported in part by Connecticut Humanities and the New Canaan Community Foundation.