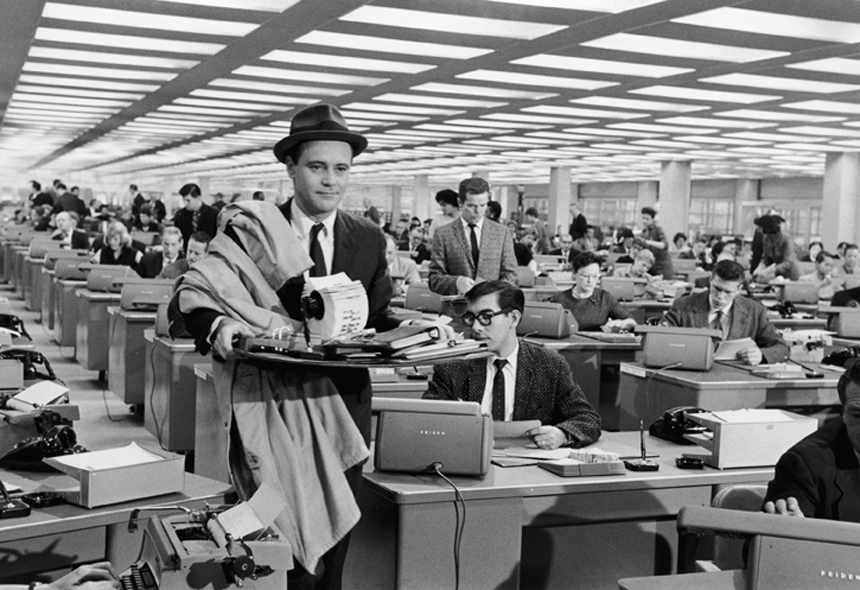 Some 1960s throwback fun. Join the Museum of the City of New York for a screening of Billy Wilder’s Oscar Award-winning rom-com, “The Apartment” (1960), one of the darkest comedies ever made. Jack Lemmon stars as C.C. Baxter, an insurance clerk who tries to win over the executives in his office by letting them use his apartment for their extramarital trysts. Baxter harbors a secret crush on Fran Kubelik (Shirley MacLaine), an elevator operator in the office building, but when he discovers his boss is having an affair with her, chaos ensues. The film will be introduced by design curator Donald Albrecht.

Donald Albrecht has curated exhibitions that have ranged from overviews of cultural trends, including World War II and the American Dream and Green House: New Directions in Sustainable Architecture and Design for the National Building Museum, the National Design Triennial for the Cooper-Hewitt National Design Museum, and Gay Gotham: Art and Underground Culture in New York for the Museum of the City of New York, to profiles of individual design firms and artists—The Work of Charles and Ray Eames for the Library of Congress and Vitra Design Museum, Eero Saarinen: Shaping the Future for the Finnish Cultural Institute, the Museum of Finnish Architecture, and the National Building Museum, and The High Style of Dorothy Draper for the Museum of the City of New York. djalbrecht.com