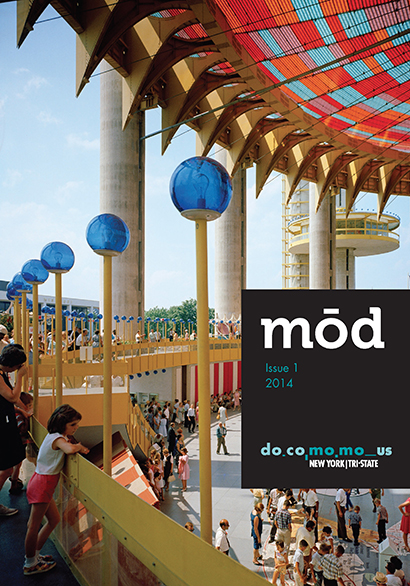 DOCOMOMO New York/Tri-State is delighted to bring you a new publication. Mōd reflects the increasing awareness and appreciation of Modern architecture heritage—its cultural value, social significance and economic viability. Our goal is to put the movement’s buildings, history, proponents and ideals in a fresh perspective, especially as they relate to issues in our region.

About our title. Mod is shorthand for modern, which is what we’re all about. Mode is more than a style, it’s a manner or method of doing something, which is how we see the Modern Movement. Hence the diacritical mark that points both ways.