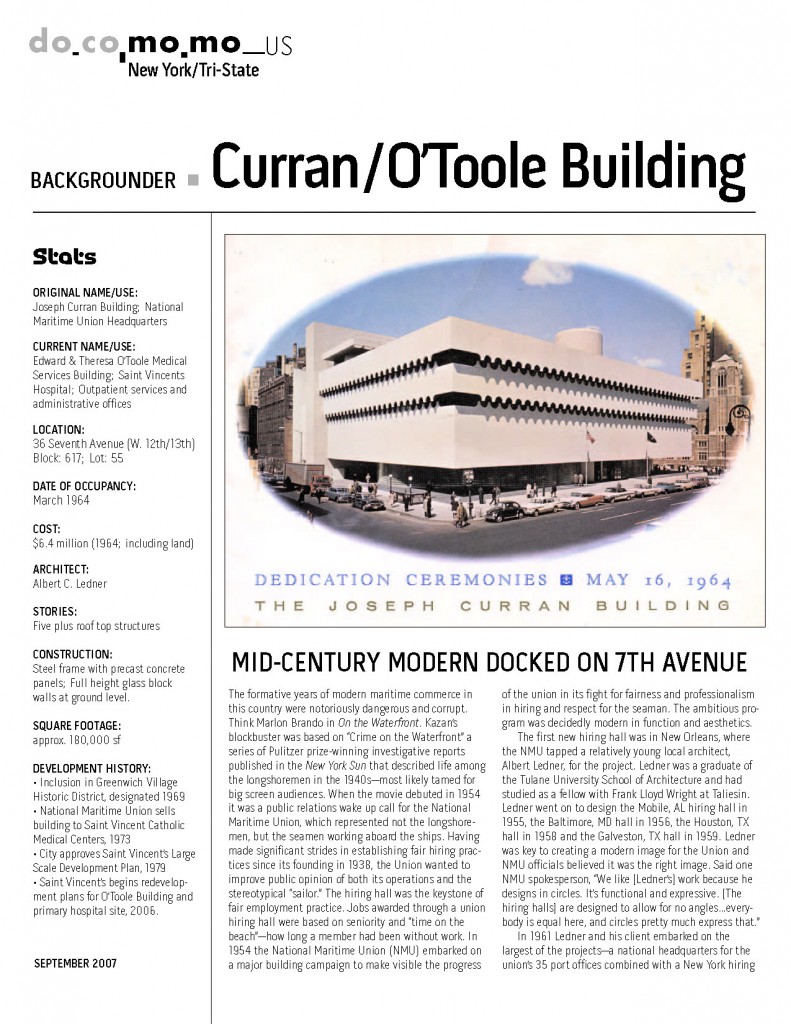 The Joseph Curran Building was designed by Albert Ledner as headquarters for the National Maritime Union. Located on Seventh Avenue between 12th and 13th Streets in New York, NY, it was completed in 1964. In 1973 the Union sold the building to Saint Vincent Catholic Medical Centers. The building was included in the Greenwich Village Historic District in 1969.

This document, which contains detailed history, visual documentation and building status, was prepared by members of the New York/ Tri-State chapter of DOCOMOMO US when the Curran/O’Toole building was threatened with demolition in 2007. The backgrounder reflects status at that time (No updates have been made to the status portion of the documentation). The information was correct to the best of the authors’ knowledge as of mid-September 2007.

Additional resources can be found on the DOCOMOMO NY/Tri-State advocacy page for the Curran/O’Toole Building.