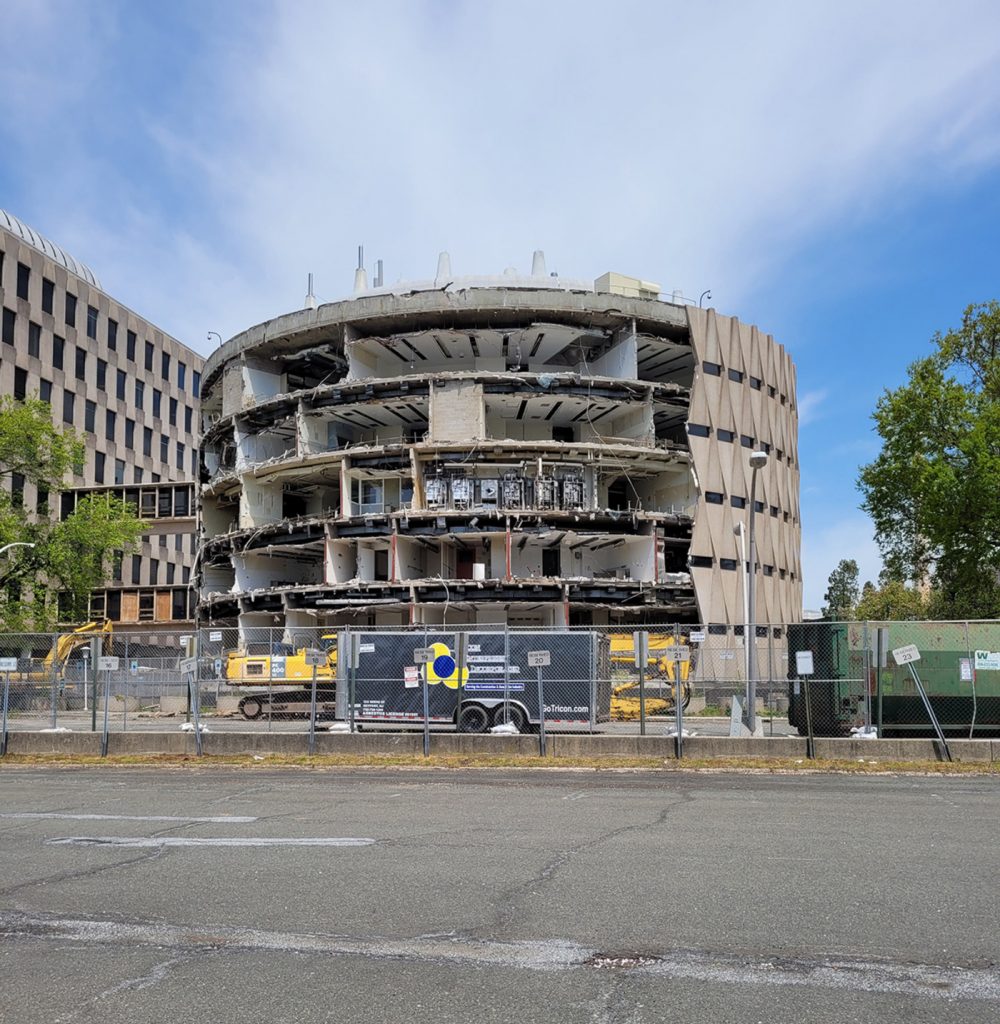 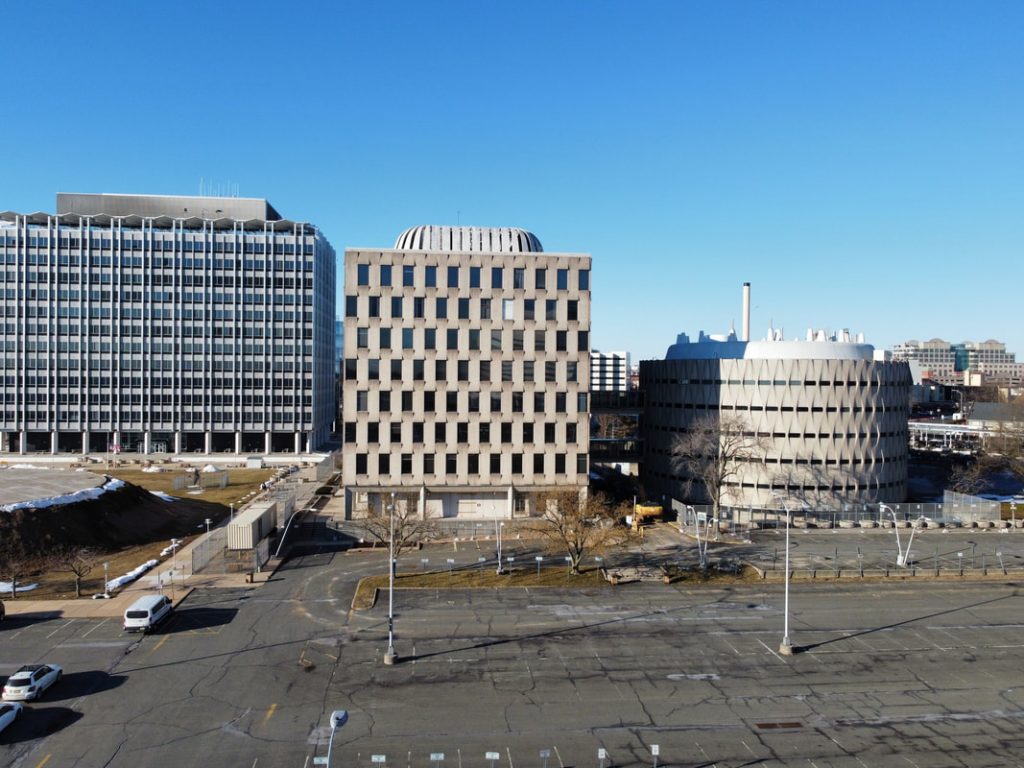 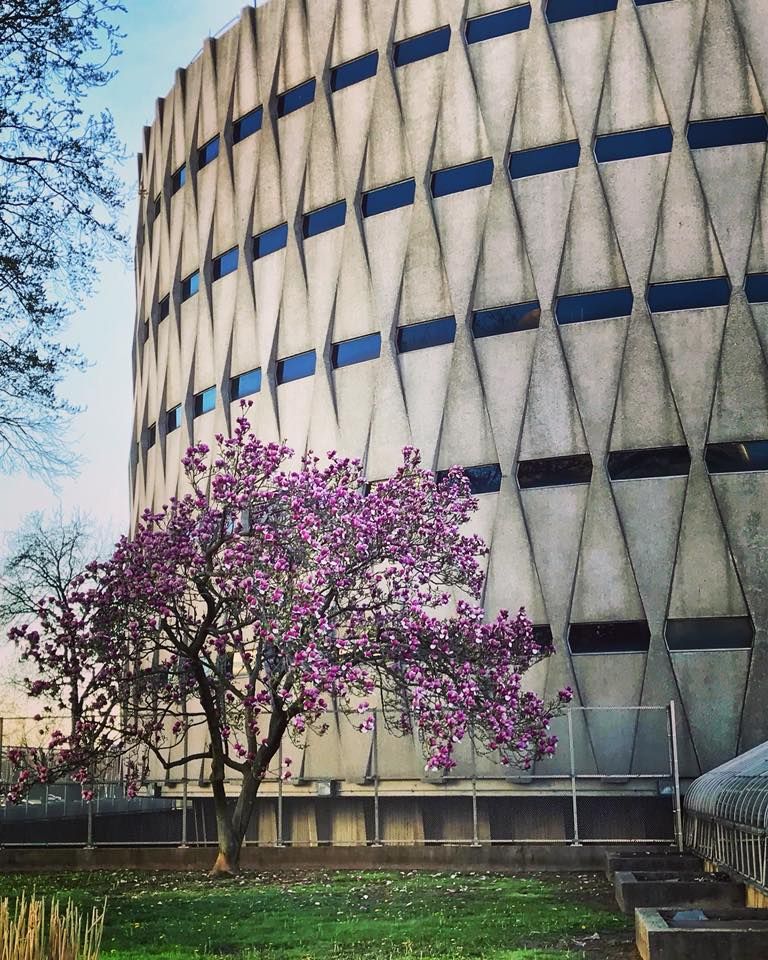 New Jersey’s capital city has very disappointing news for local preservationists as two of Trenton’s notable midcentury government structures—the Health and Agriculture Building complex—are in the process of being demolished. This unfortunate outcome was initiated in 2016 as part of former governor Chris Christie’s state office construction plans. The plans include the development of two new buildings, but demolishing three. NJ’s current administration of Governor Phil Murphy has continued with Christie’s plans. However for the near future the site vacated by the Health and Agriculture buildings will be used for parking.

The eight and five-story structures, designed by Alfred Clauss and Jane West Clauss and constructed 1962–1965, were part of a postwar plan to modernize and expand the state government campus in a monumental way. Brutalism, which was the go-to for government buildings of the period, landed in Trenton. The pair, one circular and one a cube, connected by two aerial walkways are distinct in the community of Trenton. Preservation New Jersey notes that, “The complex is architecturally significant as an outstanding example of New Formalism-style architecture designed for government use in the City of Trenton.” More notably, Jane West Clauss is regarded as a pioneer among women architects, who also had a Trenton based office.

Preservation New Jersey and the New Jersey State Historic Preservation Office are advocating for sustainable reuse or resale of the buildings, as is Stakeholders Allied for the Core of Trenton, a coalition created to influence a change in the Christie/Murphy administration plans by stewarding redevelopment that would create economic growth for Trenton. And they are still advocating for the site, because one of the two buildings is still intact. The New Jersey Economic Development Authority and State Treasurer have proposed a community forum, which is scheduled for June 2.

“Trenton, NJ’s Brutalist buildings being torn down for surface parking,” Docomomo US, April 26, 2021.