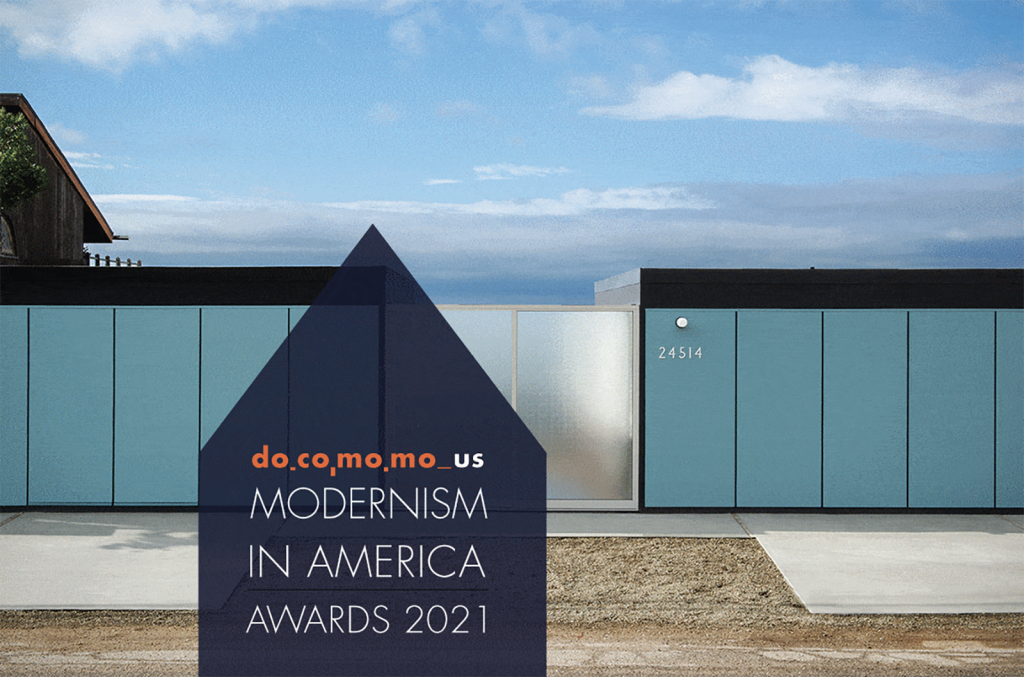 The Modernism in America Awards, presented by Docomomo US, is the only national program that celebrates the people and projects working to preserve, restore and rehabilitate our modern heritage sensitively and productively. Now in its eighth year, the  program seeks to advance modern preservation efforts; to increase appreciation for the period and to raise awareness of the on-going threats against modern architecture and design while acknowledging the substantial contribution preservation in general and the postwar heritage in particular makes to the economic and cultural life of our communities.

Docomomo US is pleased to announce it is accepting nominations for the 2021 Modernism in America Awards in the following categories:

Winners will be recognized at an awards ceremony tentatively scheduled as a virtual event for November 11, 2021. The jury will be announced in the following weeks.