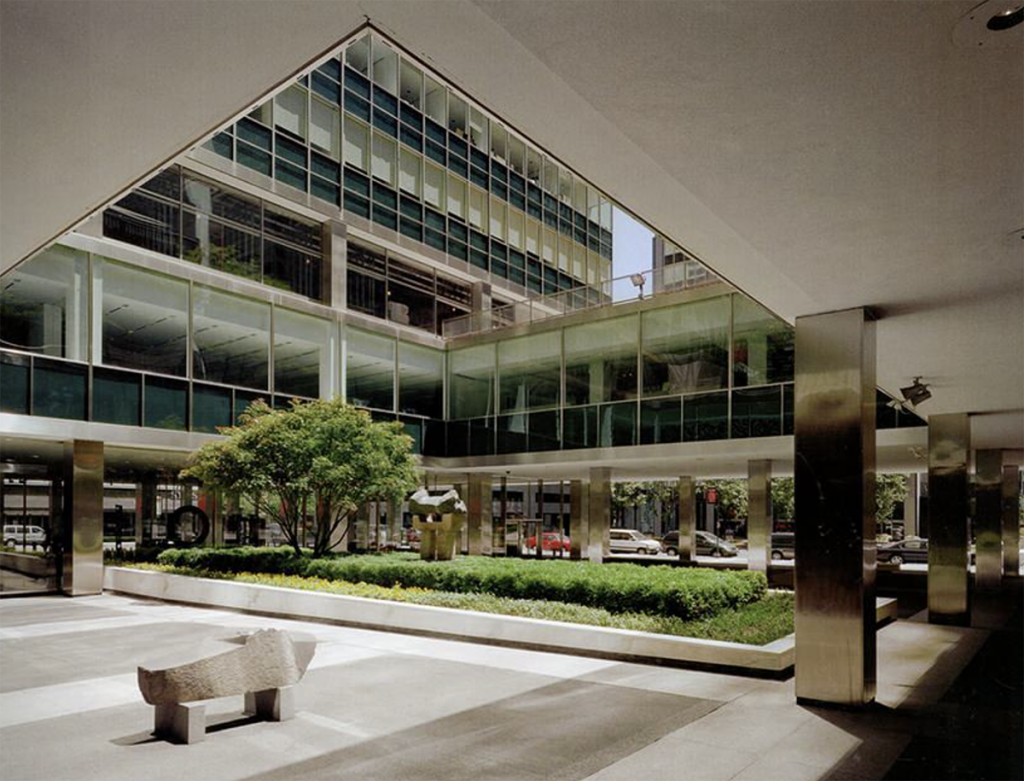 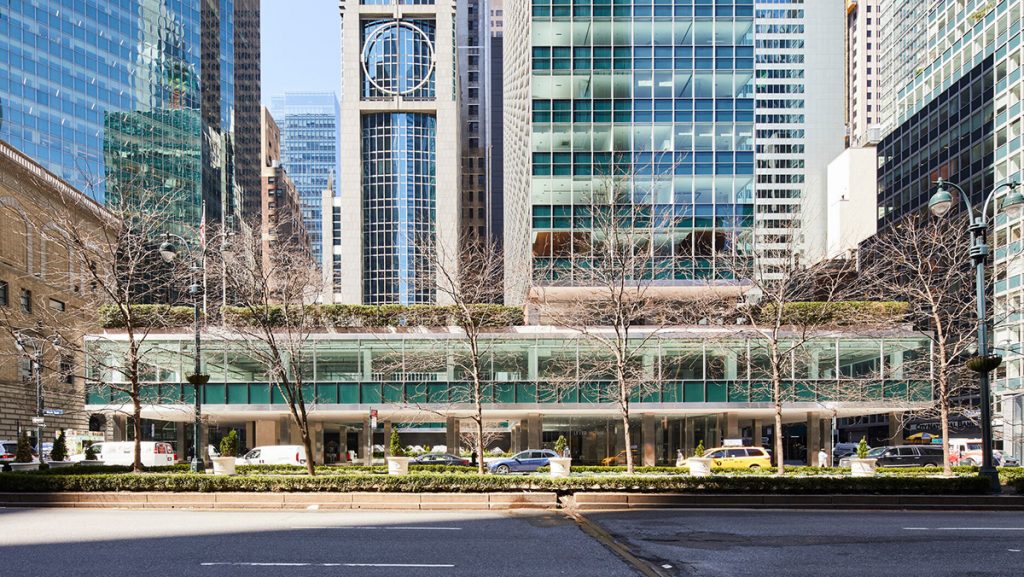 Lever House is in the news as renovations commence

Brookfield Properties and WatermanCLARK, the new owners of Lever House, have been working with SOM, the building’s original architects, on a multi-faceted restoration and renovation plan. Higgins Quasebarth & Partners and Integrated Conservation Resources are consultants on the project.

Lever House (1950–1952) was designed by SOM Partner Gordon Bunshaft, assisted by Natalie de Blois, among others. In 1982, the building became the youngest structure to be designated a NYC Individual Landmark and in 1983 it was listed on the National Register of Historic Places. Since its opening, Lever House has been one of the most cited and celebrated midcentury modern skyscrapers in the country.

While the current renovation plan is primarily interior infrastructure upgrades, the owners are proposing several significant exterior alterations. The project team went before the NYC Landmarks Preservation Commission (LPC) on July 20 to seek approval for these alterations which include new paving, signs and railings, and most controversial, modifications to the walls at the plaza and third-floor terrace level.

DOCOMOMO/US New York Tri-State, Docomomo US and other preservation advocacy groups testified at the hearing. DOCOMOMO board representatives had been given a presentation of the project on July 9 to preview project details and ask questions. The most concerning proposal is to cut two new openings in the black limestone wall that runs the length of the plaza in order to make it easier for staff of the on-site restaurant, Casa Lever, to service the outdoor dining area on the plaza.

As John Arbuckle, DOCOMOMO/US New York Tri-State president testified, “That apparently monolithic wall, uninterrupted across the entire width of the plaza, is an important element of the original composition, providing a strong background and contrast to the other elements within and surrounding the plaza[…] The facts that the outdoor dining, which these new openings would support, is seasonal, and that the programmatic use of this space could change in the future lead us to further question whether these prominent and permanent changes are appropriate.” Preservation advocates unanimously agreed on the negative impact of this intervention as well as weighing in on others less severe.

Lacking consensus on the wall openings among commissioners, LPC Commissioner Sarah Carroll said the commission would hold off approving this item of the application, requesting that the SOM team revisit the proposal in light of the comments and testimony. The Commission voted 6–0 to approve the rest of the application, with some minor modifications to be worked out at the LPC staff level. See The Architect’s Newspaper article below for a complete story on Lever House developments.