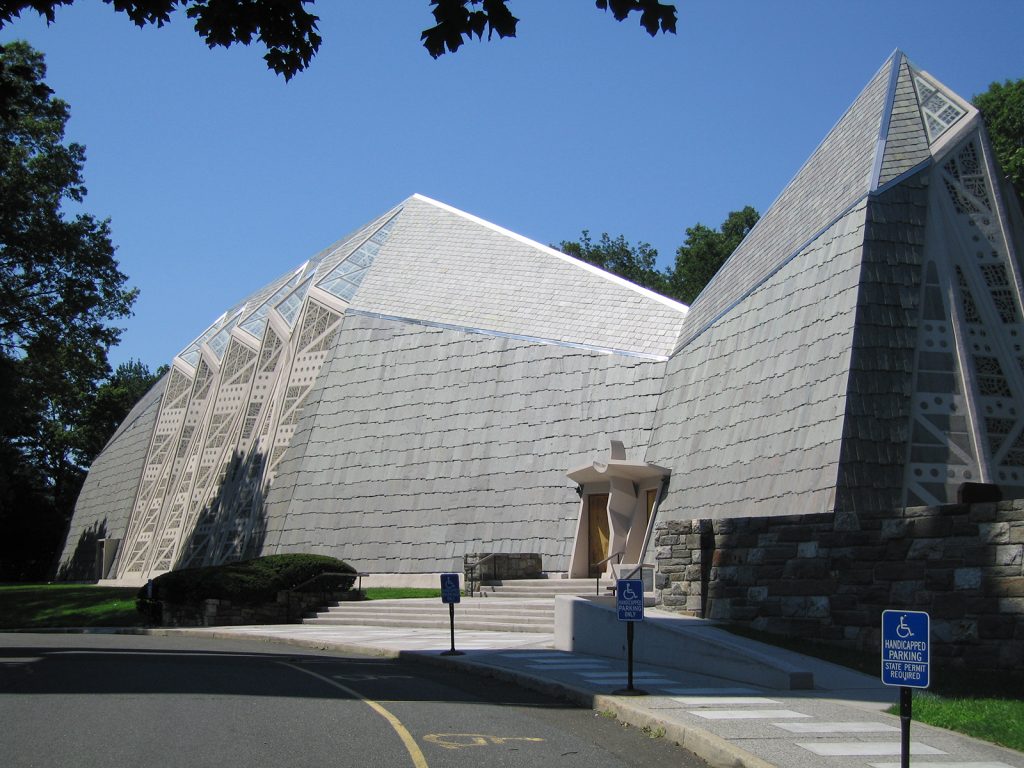 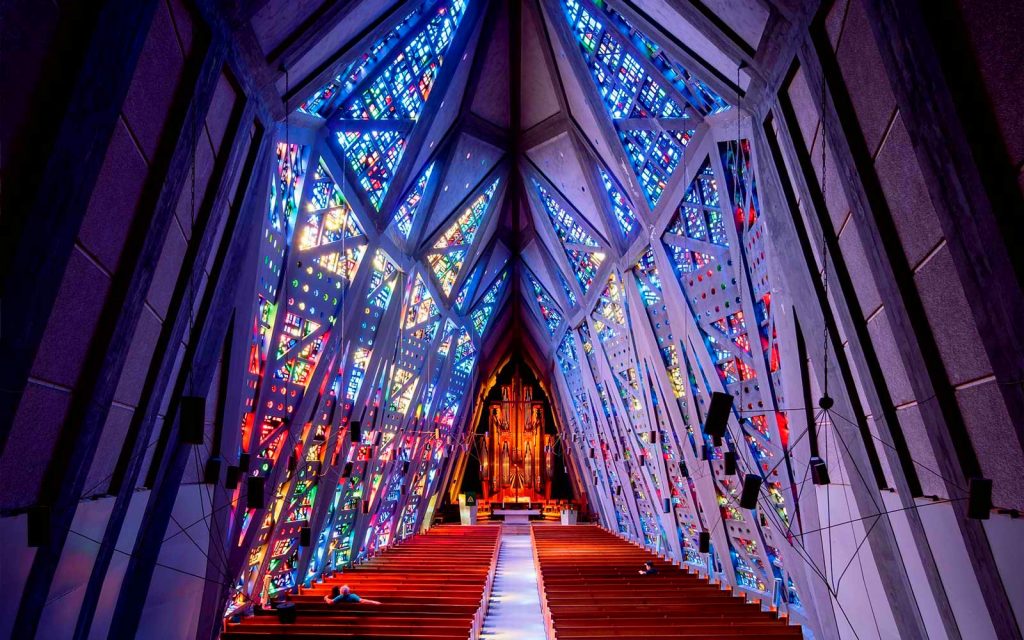 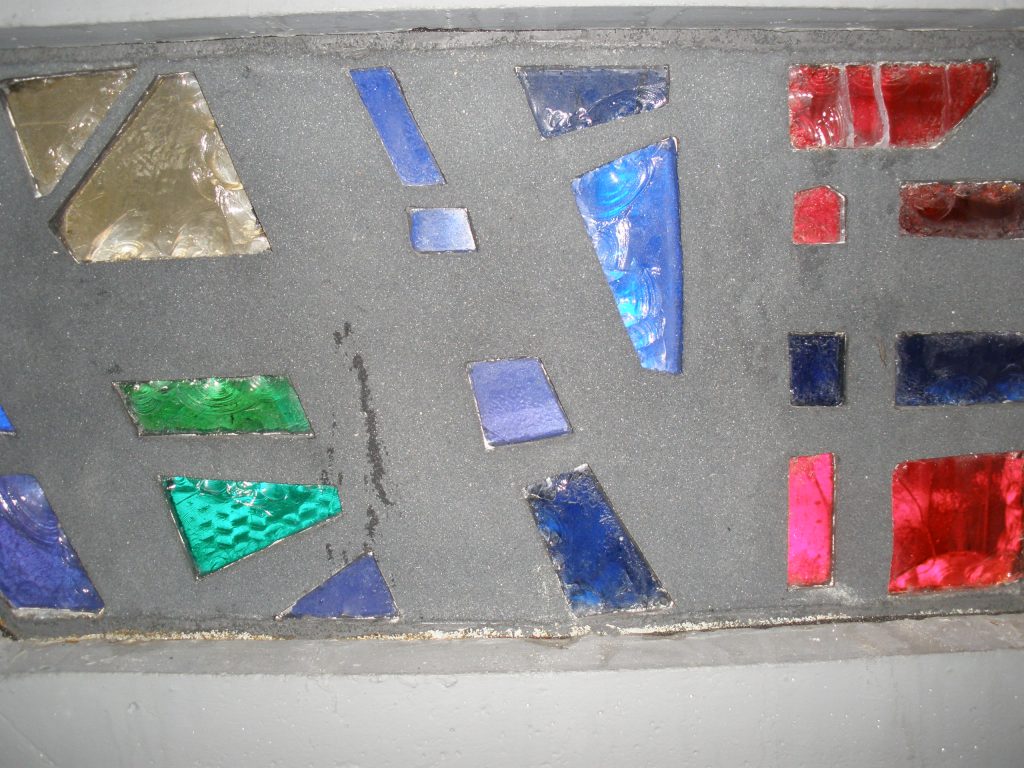 In Connecticut news, the “Fish Church” is named a National Historic Landmark

The First Presbyterian Church of Stamford, CT, known widely as the Fish Church for its unusual configuration, has recently been recognized as a National Historic Landmark. This designation, bestowed by the National Parks Service, is a much rarer distinction than a listing in the National Register of Historic Places. While there are more than 95,000 properties listed on the National Register, there are only approximately 2,600 National Historic Landmarks. The Fish Church is now among a small but growing number of Modern sites listed.

The church was designed during the postwar suburban expansion that launched many new churches and was completed in 1958 (its tall detached carillon tower in 1968). To replace its center-of-town church, the congregation commissioned Harrison & Abramovitz, a firm known for far larger commercial and institutional buildings. Wallace Harrison had been one of the lead architects for Rockefeller Center and had designed the iconic centerpiece of the 1939 New York World’s Fair, the Trylon and Perisphere. He had led the international team that designed the United Nations Headquarters, and his firm would soon be designing the Metropolitan Opera and the Philharmonic Hall at Lincoln Center.

This church displays his enthusiasm for unconventional forms, evident earlier at the 1939 fair. Its walls and roof are similar in structure and surface, composed of angular cast concrete planes—many clad in slate, others with colored class embedded in them to light the interior in a vivid spectrum. Incorporating some 20,000 chunky pieces of glass, the glazed portions represent the Crucifixion on one side of the main sanctuary and the Resurrection on the other, both in highly abstract interpretations. The glass itself was designed by Gabriel Loire and fabricated at Chartres in France. In recent years these panels have undergone thorough (and expensive) reconstruction as a result of water filtration and frost action.

While the church’s plan and silhouette have been identified with the early Christian fish symbol, the actual form of the building does not adhere slavishly to that imagery. The prominent body of the main sanctuary provides an effective axial space for services. The fish tail houses a chapel with a small footprint and rising volume, on the opposite side of the lobby in the lower link between the two worship spaces. The extensive administrative, classroom, and social spaces are in low-rise wings surrounding a landscaped court.

Later in the 1960s, Harrison & Abramovitz designed another building enclosed in walls of colored glass embedded in concrete for the Hall of Science at the New York World’s Fair of 1964-1965—this time with vertical walls following sinuous curves in plan.  It too has required substantial restoration—along with expansion—as it continues to serve as a science museum.
—John Morris Dixon

Check out this drone fly over to see how the church got its name and for striking video of the sanctuary.
Read the NPS National Historic Landmark nomination.