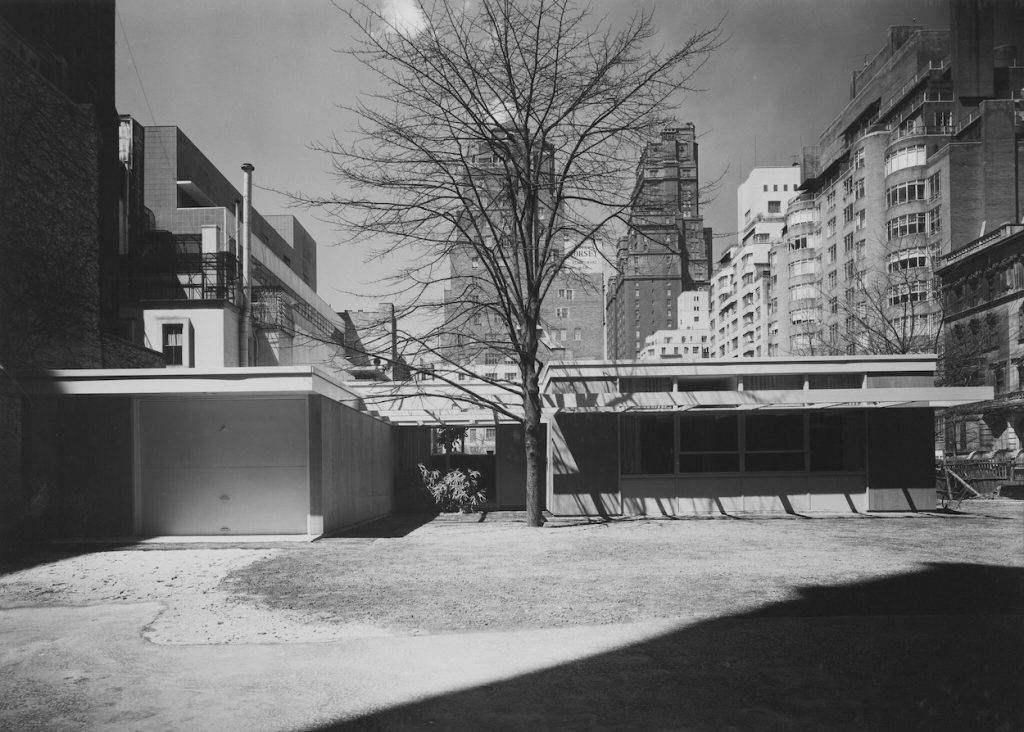 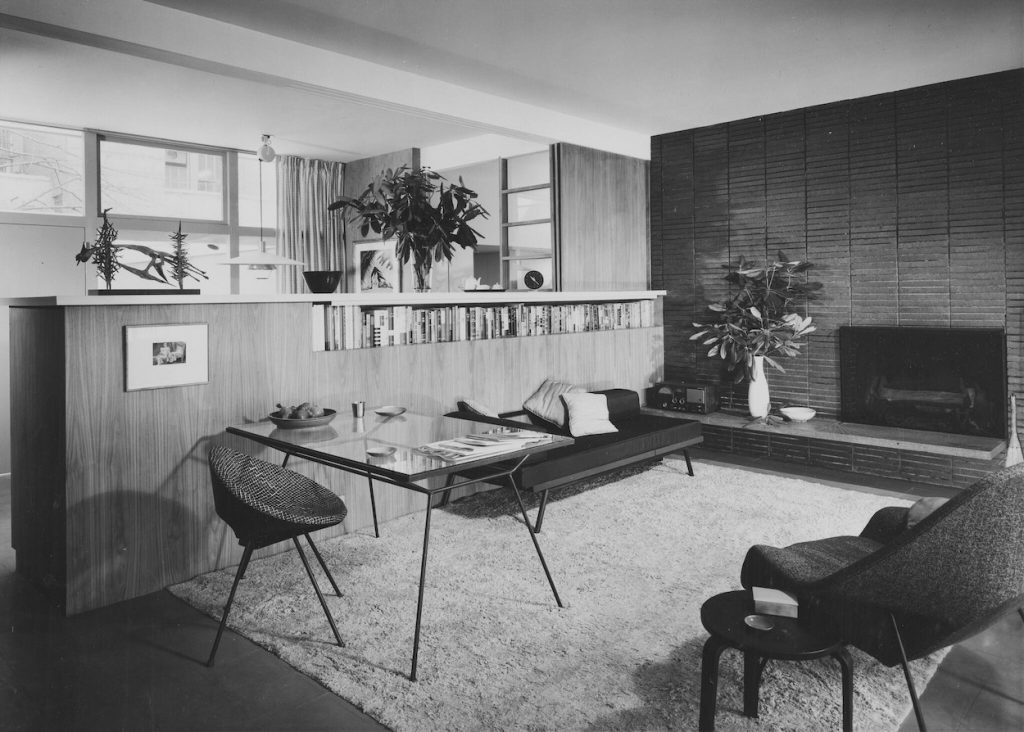 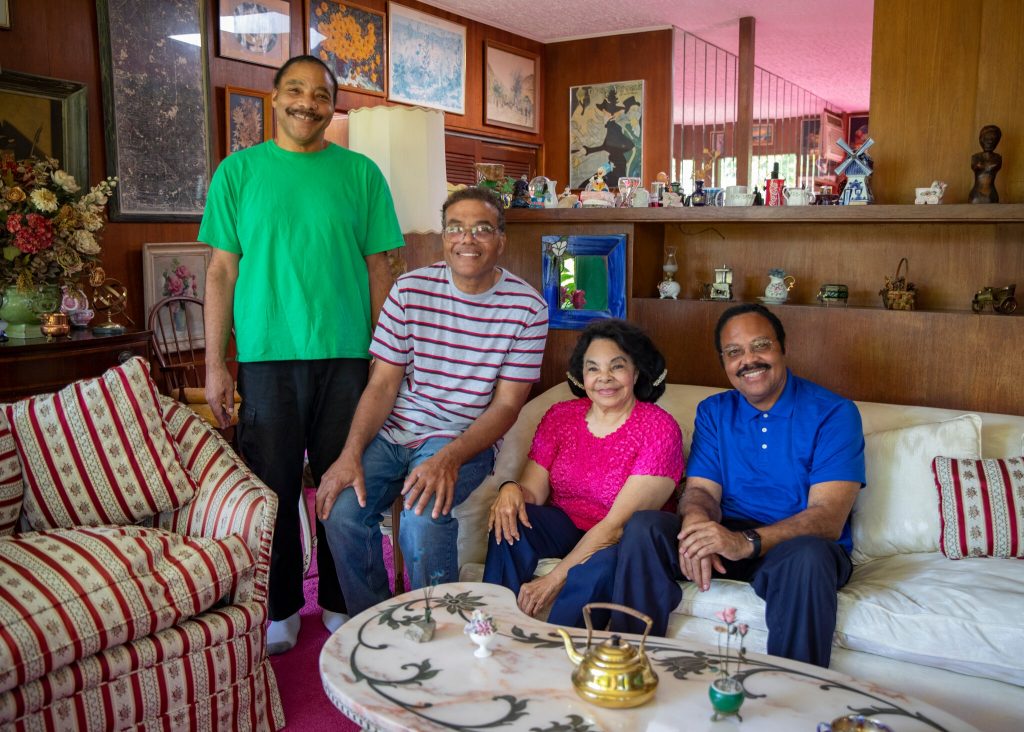 The Kellys, who are the current owners of the house, from left: Scott, Parrish, Mary and Shaun. Photo: Tony Cenicola/The New York Times.

Gregory Ain (1908–1988) is best known for his low- to moderate-cost housing design in Los Angeles, yet in 1950, one of his houses landed in the garden of the Museum of Modern Art. Built to showcase budget-minded modern design suitable for residential subdivisions, the two-bedroom, glass-walled home featured movable walls to provide a more spacious feel and practical furnishings designed by Charles and Ray Eames and others. Architects Marcel Breuer and Junzo Yomishura also designed homes showcased in the museum garden. Breuer in in 1949 and Yomishura in 1954–1955.

Following the exhibition, the house was sold, dismantled and rebuilt in Croton-on-Hudson, NY—and then forgotten. In 1979, it was bought by Mary Kelly, of Yonkers, NY, who still lives in the house. Curious historians had wondered for years what happened to the house until George Smart, an architectural historian and founder of USModernist an online archive of architectural media, put two and two together with the help of MoMA’s archive and confirmed the house’s whereabouts. Here are two good stories about this happy-ending story.