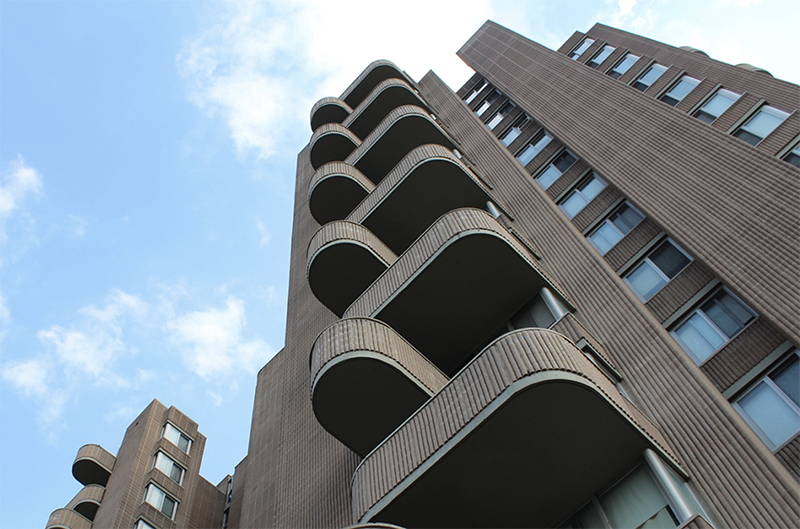 Announcing the Docomomo US National Symposium in New Haven: Complexities of the Modern American City

The 2023 Docomomo US National Symposium will be held June 21–24 in New Haven, CT, one of the country’s most densely woven collections of midcentury art, design, and architecture. Take in this cultural epicenter and consider the triumphs and complexities surrounding the design and building of the Modern city and the impacts on our collective communities. The 2023 National Symposium will feature many luminaries of the 20th century who taught and built in New Haven such as Paul Rudolph, Louis Kahn, Eero Saarinen, Anni and Josef Albers, Marcel Breuer, Kevin Roche, and Cesar Pelli, in addition to regional designers such as Edward Cherry, King-lui Wu, Douglas Orr, Earl Carlin and Vincent Amore.

New Haven, as a base for the event, exemplifies the urban and suburban tensions of the period with its top-down governmental and university planning methods, as well as the socio-political issues of the era such as war, racism, inequity, and protest, among others, that influenced the physical design of cities and today are being constantly revealed. At the center of New Haven, Yale University plays a key role in the building of this modern city. It is one of the most important and influential American schools of architecture in the Modern era and it has one of the most important collections of Modern architecture and design on any American college or university campus. But perhaps Yale’s biggest impact has been teaching generations what it means to design and build vibrant communities. The National Symposium will also consider the state of Connecticut, its contributions and impacts nationally, as well as local and regional designers who played significant roles in the state’s built heritage.

Topics ranging from local efforts to counteract redlining, urban renewal, industrial shifts, infrastructure development, automotive growth, public housing, cultural district insertions, public space, zoning regulations, suburban sprawl, and more, will engage Symposium participants in issues still with us today. Both the small-scale innovative details of the Modern house, to the large-scale politically motivated visions of planners such as Ed Logue and Robert Moses, will be critically addressed along with an emphasis on individual building structures and their designs in the urban setting.

The Call for Abstracts is now open. Researchers, practitioners, and enthusiasts involved in the process of preservation, conservation, renovation or transformation of buildings, sites and neighborhoods of the Modern Movement are invited to submit abstracts of papers or full sessions that investigate the theme: “Complexities of the Modern American City.” Abstracts are due by Thursday January 12, 2023 at 11:59 pm.

Sponsorship opportunities will be announced in late November. Registration will open in February 2023.