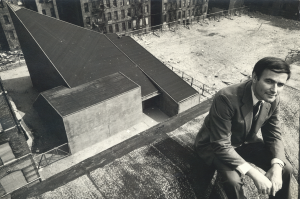 The architect of many Modernist landmarks, Victor Lundy is celebrating his 100th birthday on February 1. Born in New York City to Russian immigrant parents, Lundy began his design studies at NYU, but that was interrupted by his military service in World War II, during which he was seriously wounded and hospitalized. After the war he studied at Harvard under Gropius and Breuer. After earning his degree, he won a traveling fellowship, which he stretched to include some 18 countries in Europe, the Middle East, and North Africa, absorbing lessons from both historical and Modern works. 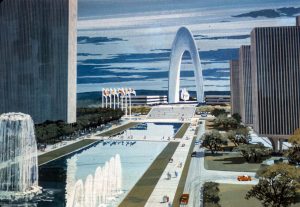 Docomomo US theme for 2023 is Revisiting Urban Renewal

Each year Docomomo US identifies a programmatic theme. For 2023, it’s a look at the true roots, impacts and qualities of urban renewal. Not easy.