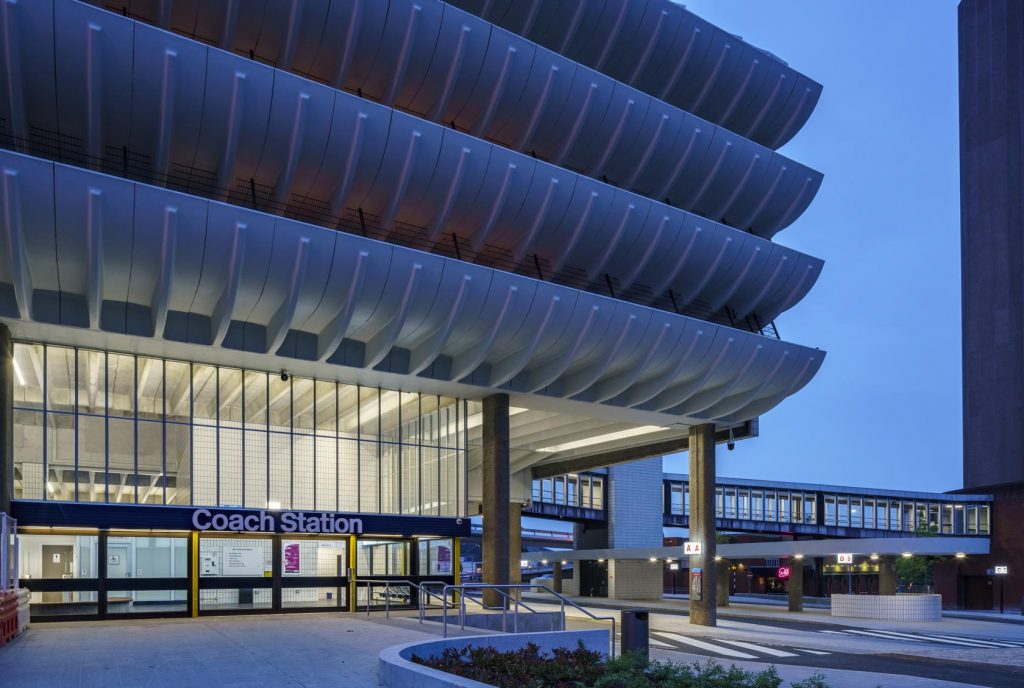 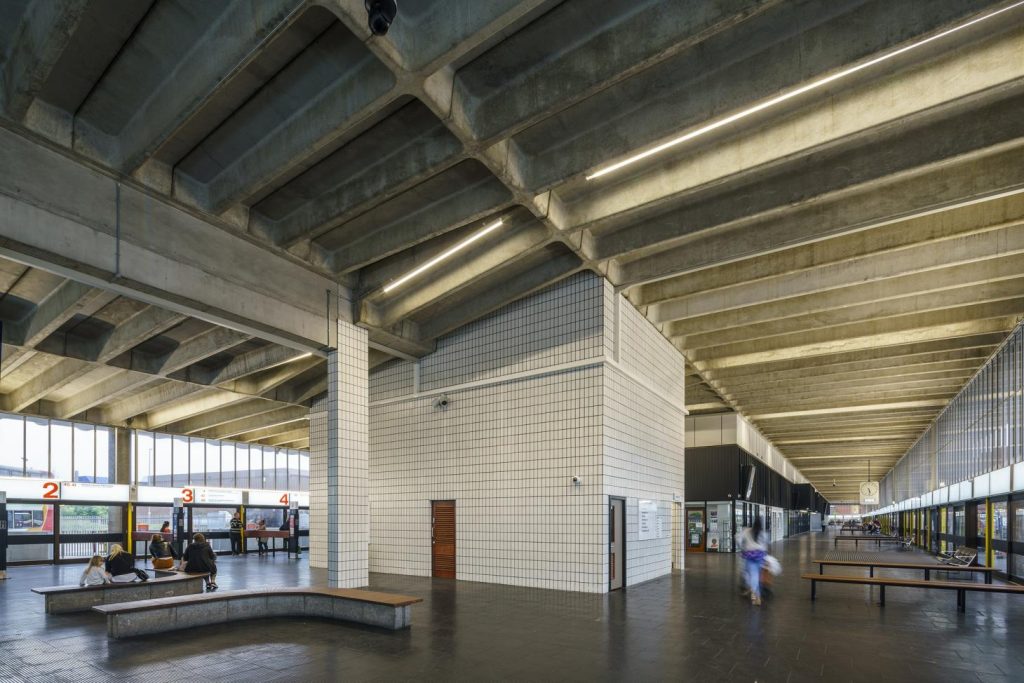 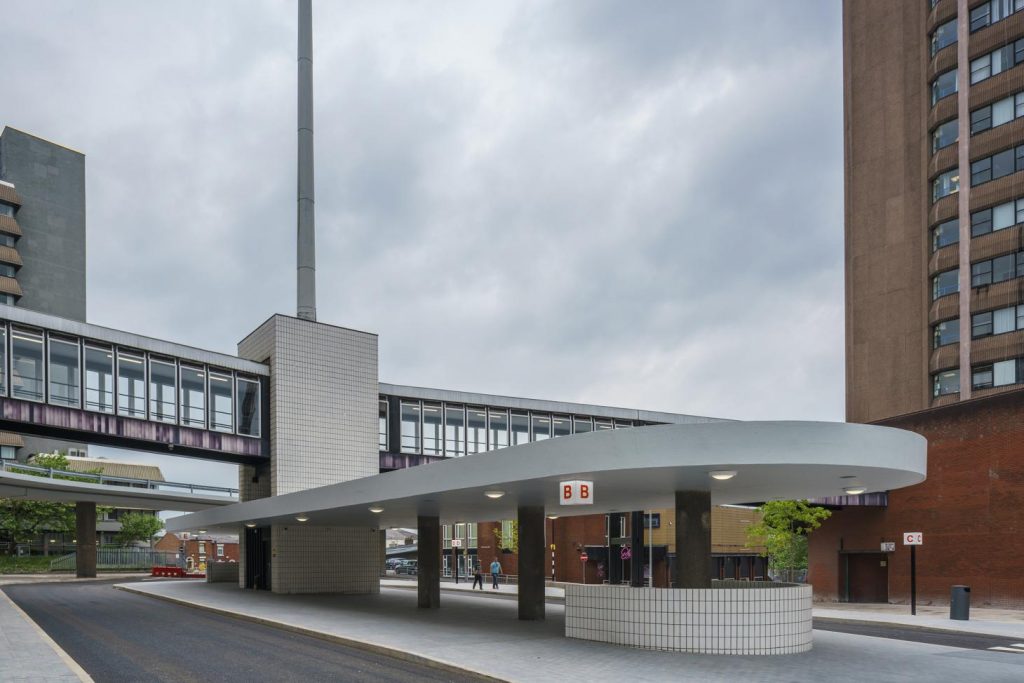 John Puttick Associates of London has been awarded the 2021 World Monuments Fund/Knoll Modernism Prize for their conservation of Preston Bus Station in Preston, United Kingdom, returning a monumental Brutalist civic building to its pride of place in the community. Docomomo US President Theodore Prudon was a member of the jury.

Keith Ingham and Charles Wilson of the Building Design Partnership (BDP), and the engineering firm Ove Arup designed the station, which opened in 1969 and was Europe’s largest bus station at the time. With its brutalist style, a reinforced concrete structure with exposed structural elements, the bus station provides the city with functional civic infrastructure not only as a transportation hub, but a place where people often gather.

“The prize focused specifically this year on sustainable and community-centered approaches to adapting modern buildings. By doing so, we celebrate the power of preservation as a positive force in society. The restoration of Preston Bus Station has enhanced both the social and public benefit of the station, which counts over 10,000 bus departures every week and contributes to minimizing the significant carbon footprint of commuting in the face of climate change,” said Bénédicte de Montlaur, President and CEO of WMF. “We are thrilled to recognize the outstanding achievements of John Puttick Associates with this year’s prize.”

“Preston Bus Station is the largest project honored by the World Monuments Fund/Knoll Prize and the first at the scale of regional infrastructure,” said Barry Bergdoll, jury chair of the 2021 World Monuments Fund/Knoll Modernism Prize. “The complex’s respectful restoration represents not only appreciation of the modernist commitment to creating dignified monuments for basic civic functions, but the twenty-first century’s need to adopt sustainable rehabilitation of inherited structures. It is at once an achievement for Lancashire and an exemplar for other cities.”

John Puttick Associates came onto the scene in 2015 after winning a design competition launched by the local county council. The building was threatened by demolition three years prior and was listed on the World Monuments Watch. From their restoration of original materials to their attention to accessibility, John Puttick Associates approached the restoration with the building’s original expression in mind and improved the connectivity between the station and the city of Preston.