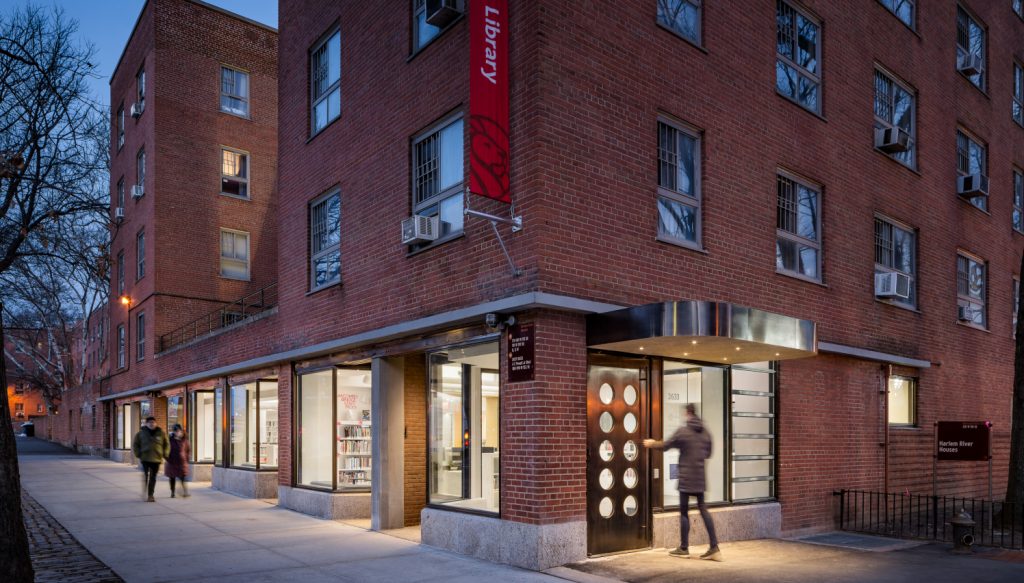 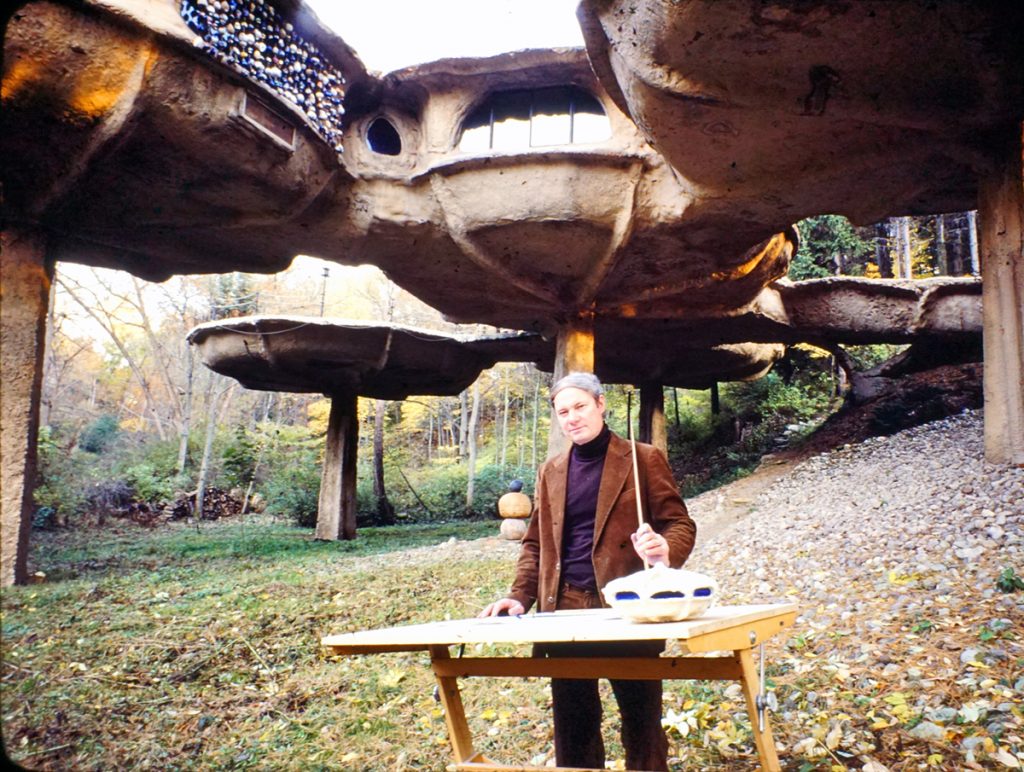 James H. Johnson standing with a scale model of the Antell-Whitman "Mushroom" House in Perinton, NY, beneath the completed building, ca. 1971.

Docomomo US has announced the 15 recipients of the 2021 Modernism in America prize. This year’s awards recognize model preservation efforts that elevate original design intent while adapting to current day needs, inventory and survey projects that synthesize large swaths of information into digestible content, and critical advocacy initiatives that put public input and education at the forefront.

This year there are two winners in the tri-state region. The jury awarded a Design Citation of Merit for the NYPL Macomb’s Bridge Library at Harlem River Houses. The project included reclaiming commercial storefronts for a new library branch and exterior restoration work. The Harlem River Houses were completed in 1936–1937 as one of the first two federally subsidized public housing complexes in New York City in response to protests over racism and discrimination experienced by Harlem’s Black residents. The lead architect for Harlem River Houses was Archibald Manning Brown. John Louis Wilson, Jr., the first Black graduate of Columbia University’s School of Architecture, was also part of the team.

Secondly, the jury awarded an Inventory/Survey Citation of Merit for The Architecture of James H. Johnson, a historic resource survey and subsequently completed book. Spurred by the loss of one of his key buildings in 2012, Our Lady of Mercy Rectory, this is the first in-depth study and documentation of Johnson (1932–2016), whose lengthy career in Rochester, NY, is best known for his series of innovative earth-formed concrete buildings. The team organized and inventoried Johnson’s files, developed a language for describing and classifying Johnson’s unique buildings, prioritized the work based on determination of significance, and conducted interviews with colleagues and family members. This work enabled the New York State Historic Preservation Office to issue official determinations of eligibility for sixteen of Johnson’s buildings.

Read about all 15 award winners and join in person on November 11 to celebrate these projects at the awards ceremony.

“Announcing the winners of the 2021 Modernism in America Awards,” Docomomo US.