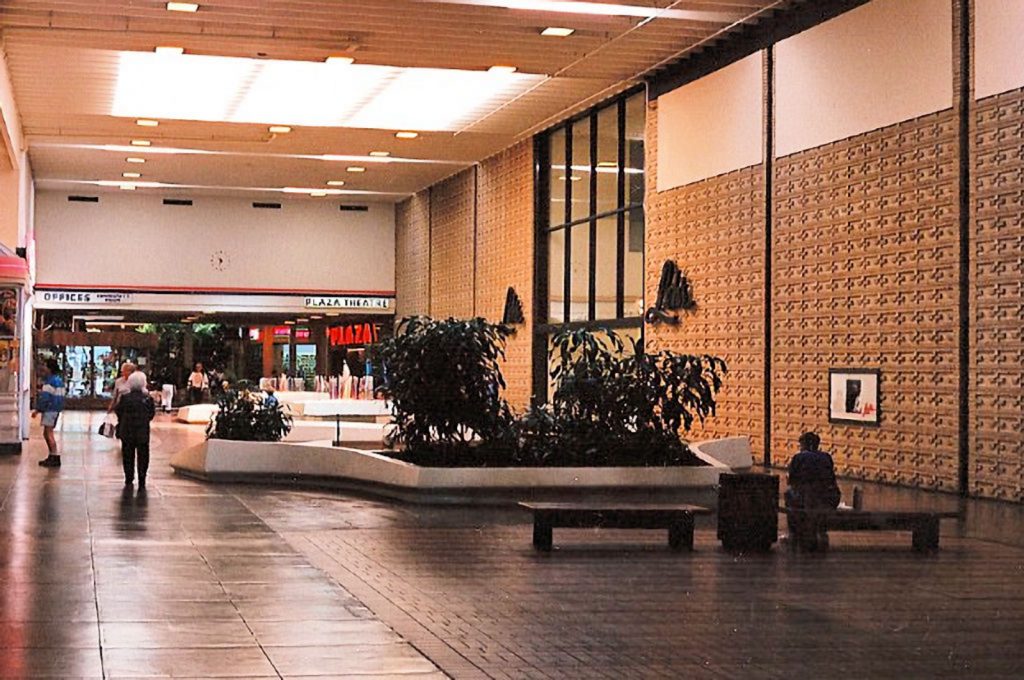 Revisit the Whitehall Mall, a “Shopping Gem of the Golden Era”

This Docomomo US Tour Day 2022 event is hosted by the Society for Commercial Archeology.

When the Whitehall Mall opened in the summer of 1966 it was the first enclosed shopping center in Pennsylvania outside of Philadelphia, approximately one hour north. A modern wonder with air-conditioning and heating, it offered an impressive 52 stores, a supermarket, and a 1,000-seat movie theater. The local newspaper reported Whitehall Mall was “a fresh, futuristic outlook on retailing and merchandising.” Despite its popularity by the mid 1970’s, the next new thing opened directly across the street in 1976.

The $30 million Lehigh Valley Mall with 130 stores dwarfed its older neighbor both in size and selection. The Whitehall Mall persists today, with anchor stores Kohl’s and Bed, Bath and Beyond, though its interior spaces have been reduced to create a more traditional outdoor shopping center.