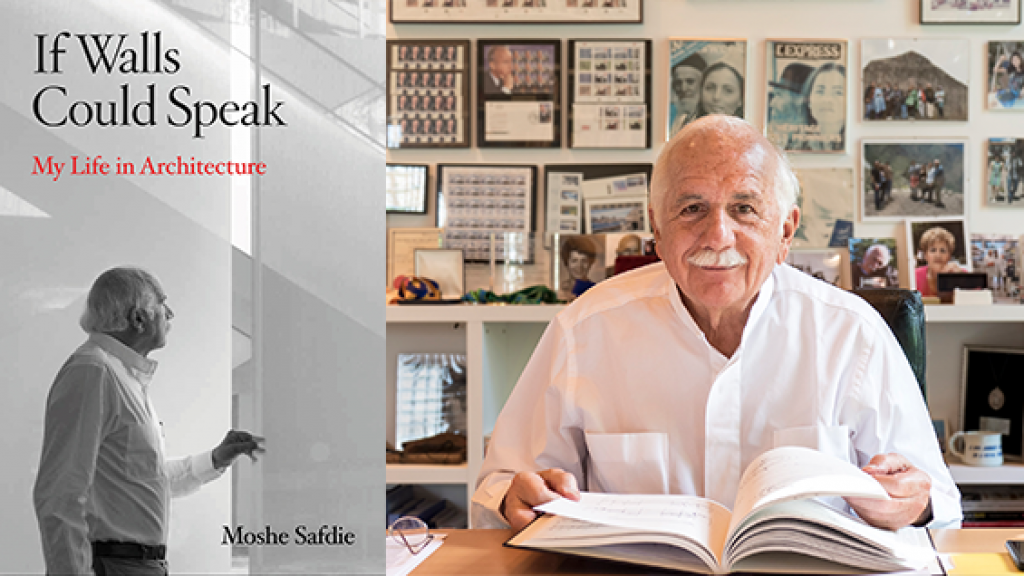 If Walls Could Speak: Architect Moshe Safdie Shares His Life in Architecture

Architect Moshe Safdie is joined by Sam Lubell, executive editor of Metropolis Magazine, for a conversation at The Cooper Union that charts Safdie’s over 50-year-career and his vision for the role architecture can and should play in society at large. The event celebrates the debut of Safdie’s memoir, If Walls Could Speak: My Life in Architecture.

Safdie has built some of the world’s most influential and memorable structures—from Habitat ’67, the radical modular housing scheme in Montreal; Yad Vashem, the World Holocaust Remembrance Center in Israel; the Crystal Bridges Museum of American Art in Arkansas to extraordinary projects in Singapore such as the iconic integrated resort Marina Bay Sands and Jewel at Changi Airport which features an indoor rainforest and waterfall. For Safdie, the way a space functions is fundamental; he is deeply committed to architecture as a social force for good, believing that any challenge, including extreme population density and environmental distress, can be addressed with solutions that enhance community and uplift the human spirit.

Moshe Safdie is acclaimed as one of the greatest and most innovative architects of the past half century. In 2019 he was awarded the prestigious Wolf Prize—considered along with the Nobel Prize as one of the most important prizes bestowed on an individual—for having “a career motivated by the social concerns of architecture and formal experimentation.” Safdie is primarily based in Cambridge, MA, not far from his firm’s studio in Somerville and the Harvard Graduate School of Design, where he currently teaches.

Sam Lubell is the Executive Editor of Metropolis Magazine. He has written more than ten books about architecture for Phaidon, Rizzoli, The Monacelli Press, Metropolis Books, and Oro Editions. He has written for The New York Times, The Los Angeles Times, Architectural Digest, Wallpaper, and other publications. Lubell co-curated the exhibitions at the Queens Museum, the A+D Architecture and Design Museum, and more. He has taught as an adjunct professor at Syracuse University School of Architecture and Columbia University GSAPP.