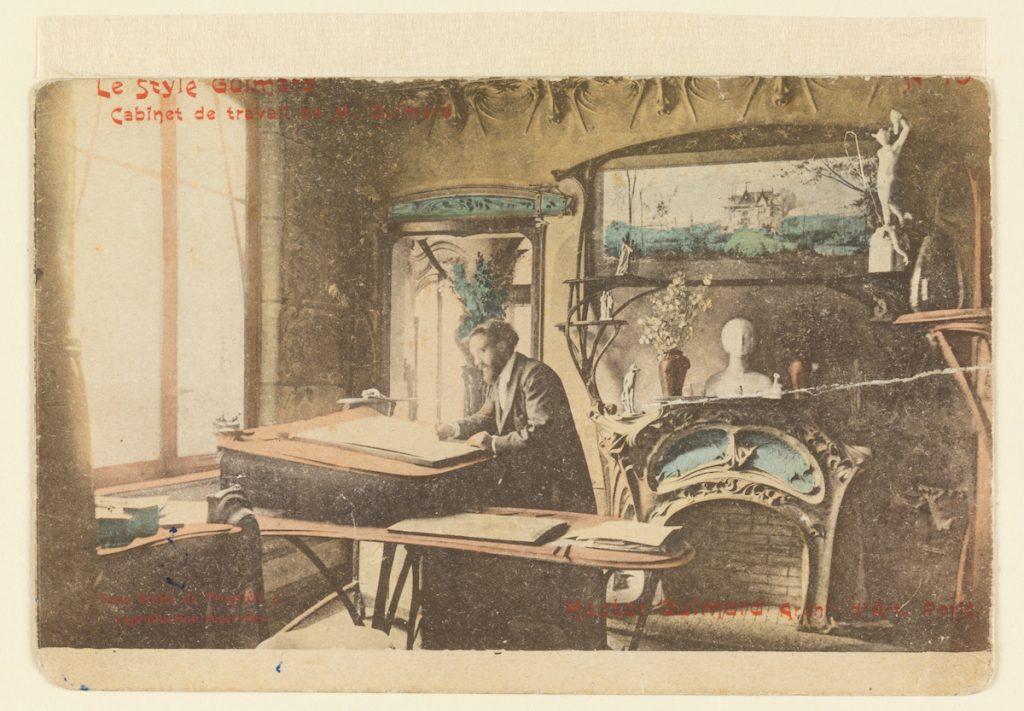 Hector Guimard: How Paris got its Curves

Guimard is perhaps best known for his designs for the Paris Métro stations (1898–1900) and private residences like Castel Béranger (1895–97)—both important commissions broadcasting the art nouveau style he was developing at the turn of the century. The repeated use of organically curved, undulating lines anchored his efforts to create an eponymous brand he called le style Guimard. Lesser known is his more pared-down work for several standardized housing projects from the 1920s, attesting to his socialist and pacifist leanings. Though seemingly opposite in appearance, these later projects were always critical components of the Guimard style.

Providing urban and historical context for the full range of Guimard’s design work, this exhibition reexamines le style Guimard through the lens of his design processes and marketing strategies.

Through May 21
Cooper Hewitt
Register