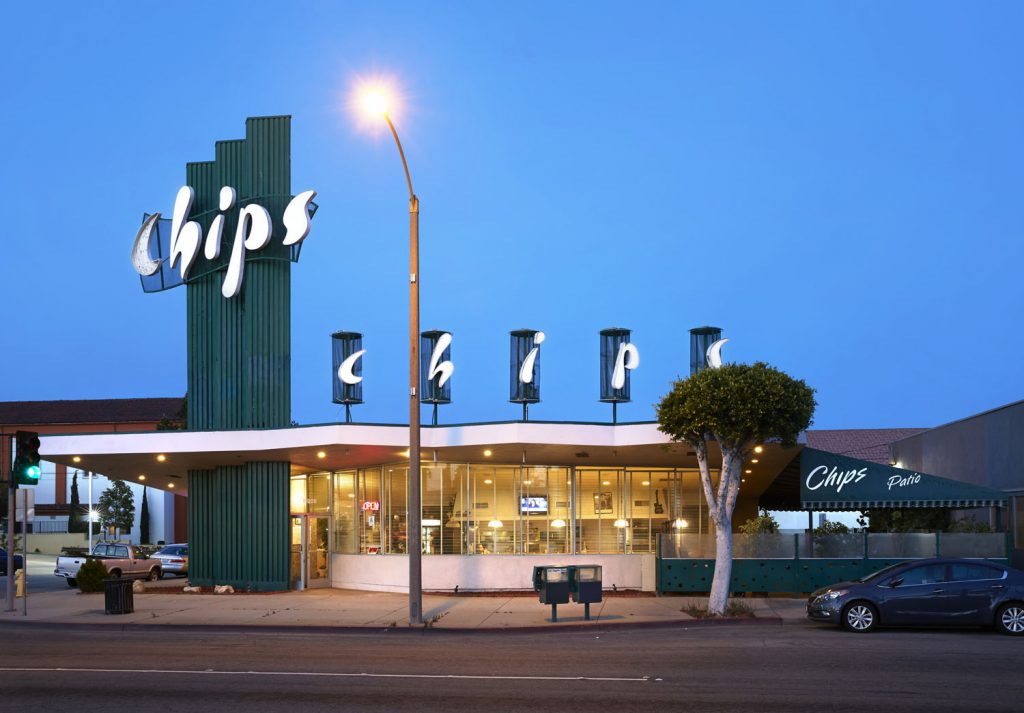 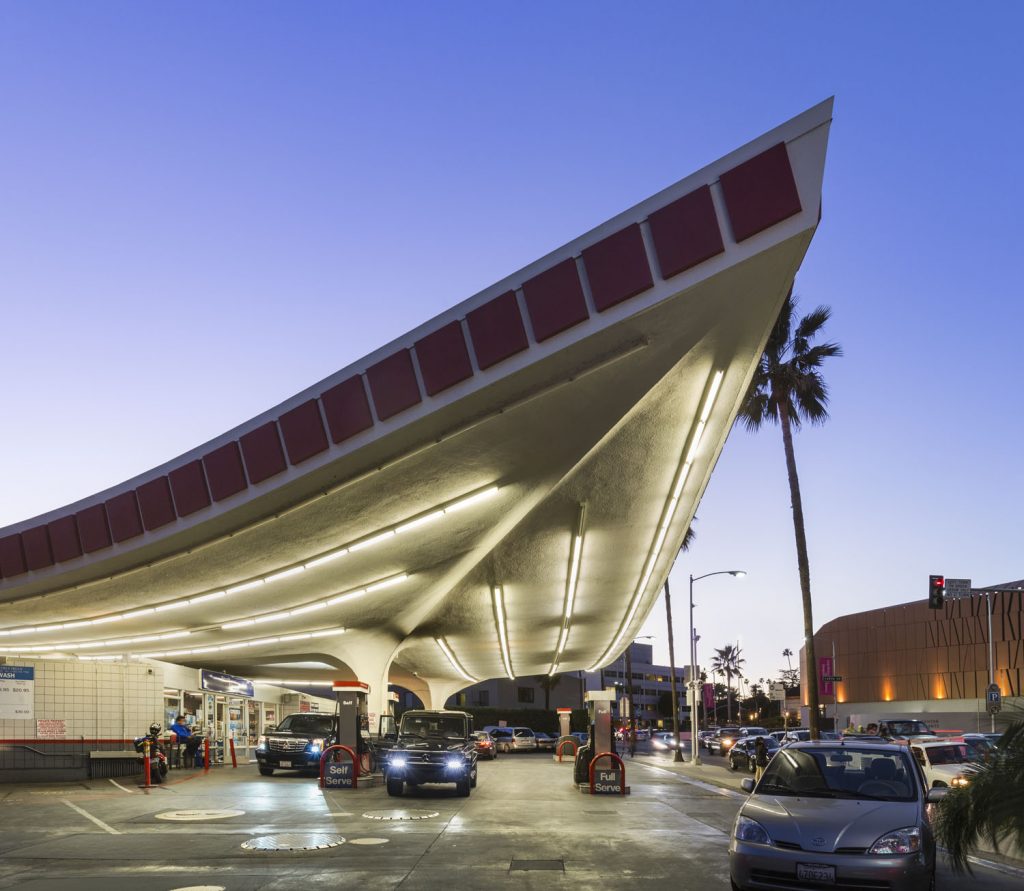 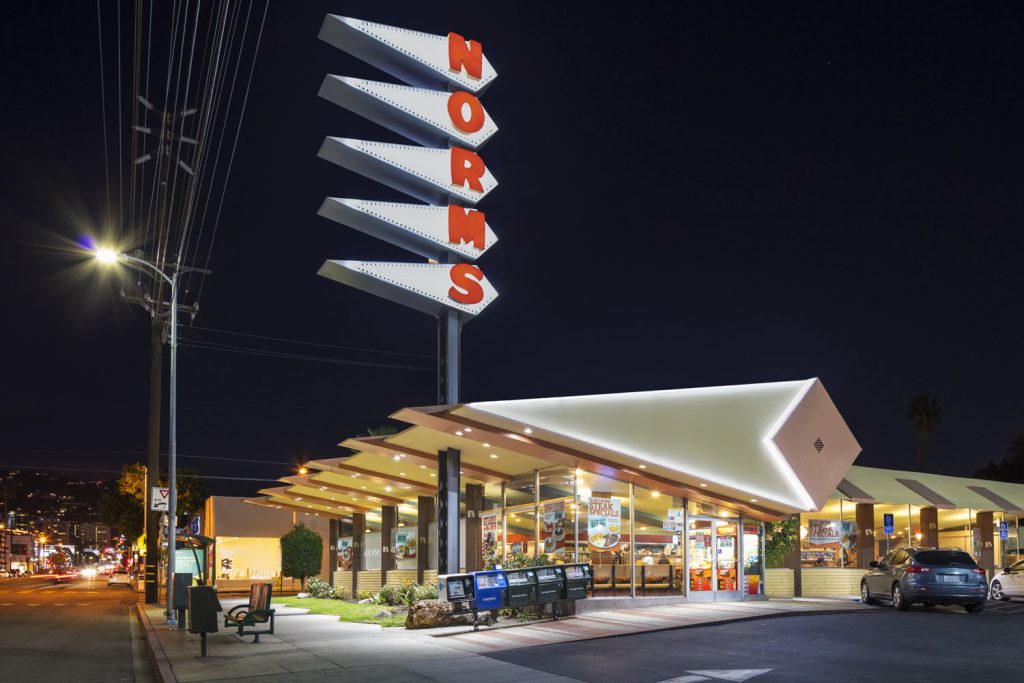 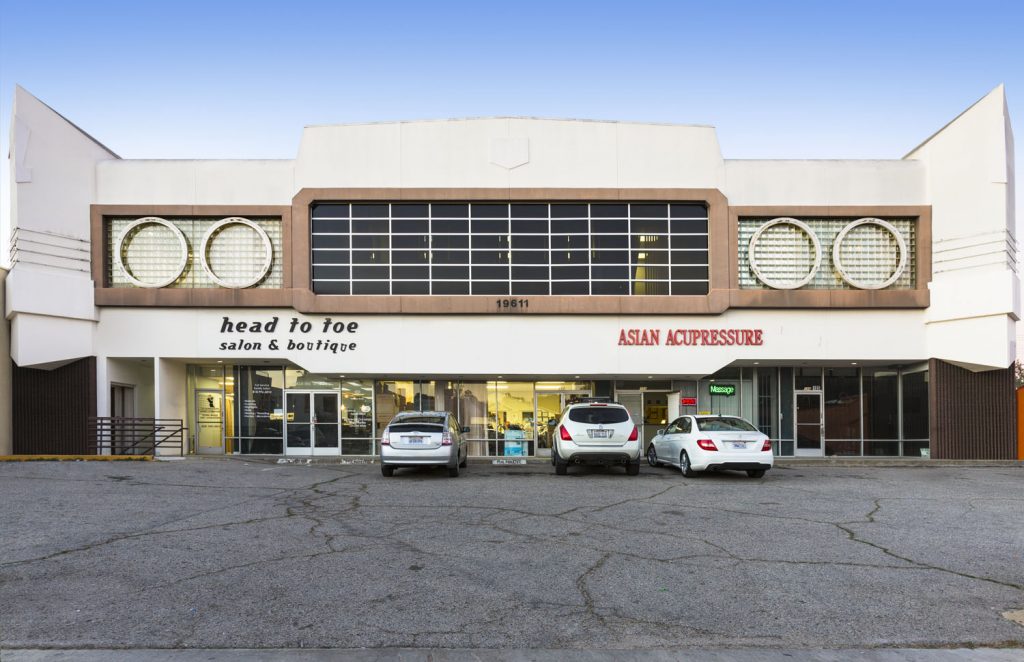 The next DOCOMOMO US/NY Tri-State chapter event picks up this year’s Travel & Leisure theme. Ashok Sinha’s 2020 book Gas and Glamour is a tribute to America’s golden age of the automobile, a time when cars were objects of beauty and the act of driving was celebrated. Those cars are no longer on the streets, but the celebratory roadside vernacular architecture of the era remains. As an architectural photographer, Ashok Sinha wanted to connect with that lost design history and capture LA’s car-culture induced optimism and ambition—all reflected in the polychromatic, star-spangled coffee shops, gas stations, car washes, and other structures that once lured the gaze of passing motorists. Sinha will be joined by architect Victor Newlove and writer/historian Chris Nichols in a conversation around Gas and Glamour moderated by DOCOMOMO US/New York Tri-State president John Arbuckle.

Ashok Sinha is an architectural and fine art photographer whose large-scale photographs capture a sense of place tied to both natural landscapes and built environments. His photographs have been published by editorial outlets such as The New York Times, Architectural Digest, Interior Design, and exhibited at the Museum of the City of New York, the International Center of Photography, and the Royal Photographic Society. He is also the founder of Cartwheel Initiative, a community-based nonprofit organization that uses photography and art to connect and collaborate with marginalized youth.

Victor Newlove, RA, joined Armet Davis Architects in 1963 and became partner in 1972. He is a licensed architect in the State of California and in 14 other states. He has been the architect of record on over 2,000 public and private sector architectural projects. Newlove is well versed on the specific design, site, and cost issues involved with commercial construction in Southern California and throughout the nation. His extensive background makes him an invaluable asset to the timely completion of all construction phases. Newlove has been a Master Commissioner on the California State Board of Architectural Examiners since 1980. In this capacity, he conducts oral architectural licensure exams for the State Board and writes California oral exam test questions.

Chris Nichols is a writer and historian specializing in Southern California architecture and culture. He is the author of The Leisure Architecture of Wayne McAllister and a long-time historic preservationist whose work has been profiled in Smithsonian magazine, The New York Times, Los Angeles Times, and LA Weekly. Nichols served on the board of directors of the Hollywood Heritage Museum and is chairman emeritus of the Los Angeles Conservancy Modern Committee. His live appearances, lectures, exhibitions, and tours have enjoyed sell-out crowds. He is senior editor at Los Angeles magazine where he writes the “Ask Chris” column. His latest book, Walt Disney’s Disneyland, was published by Taschen in 2018.

John S. Arbuckle, Assoc. AIA, is the President of DOCOMOMO US/New York Tri-State and the former co-chair of the AIANY Historic Buildings Committee. He guides tours through AIANY, the Municipal Art Society, and Arbuckle Architecture Tours, LLC. Previously, he was Director of Business Development at Gwathmey Siegel & Associates and Associate at Beckhard Richlan Szerbaty & Associates. He received a BA in Architecture from the University of California at Berkeley. In 2016 the AIANY honored him with the Harry B. Rutkins Award in recognition of “his continuing work to raise the public’s awareness of architecture.”

Co-hosted with AIANY Marketing and Communication and Historic Buildings Committees.

Monday May 10, 6:00-7:30 pm ET
Live webinar. Registrants will be emailed a link to access the program.
Register