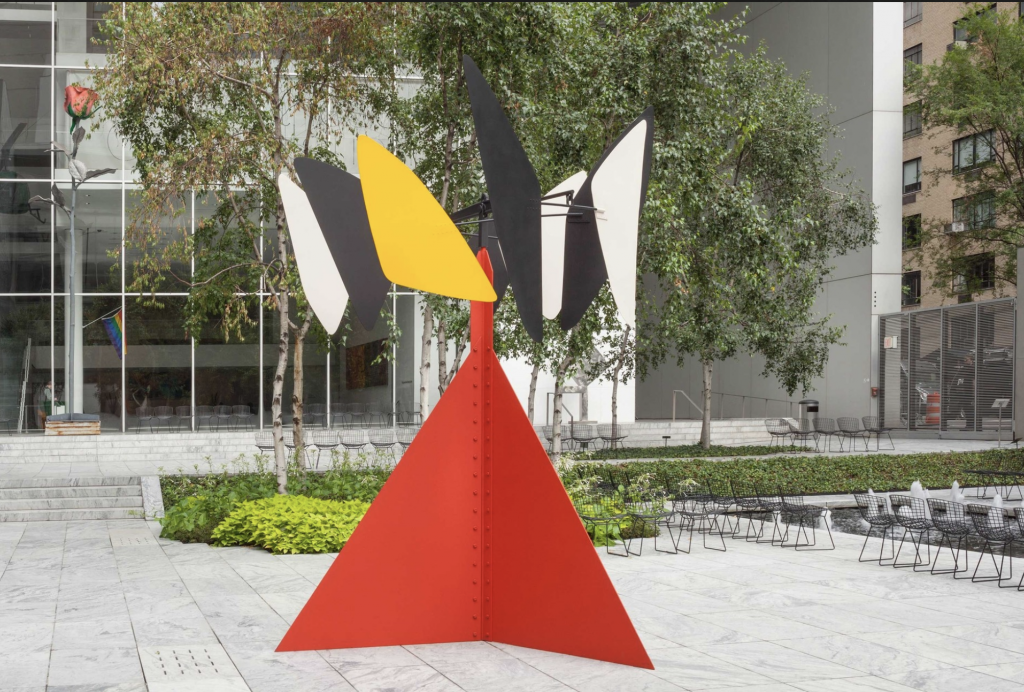 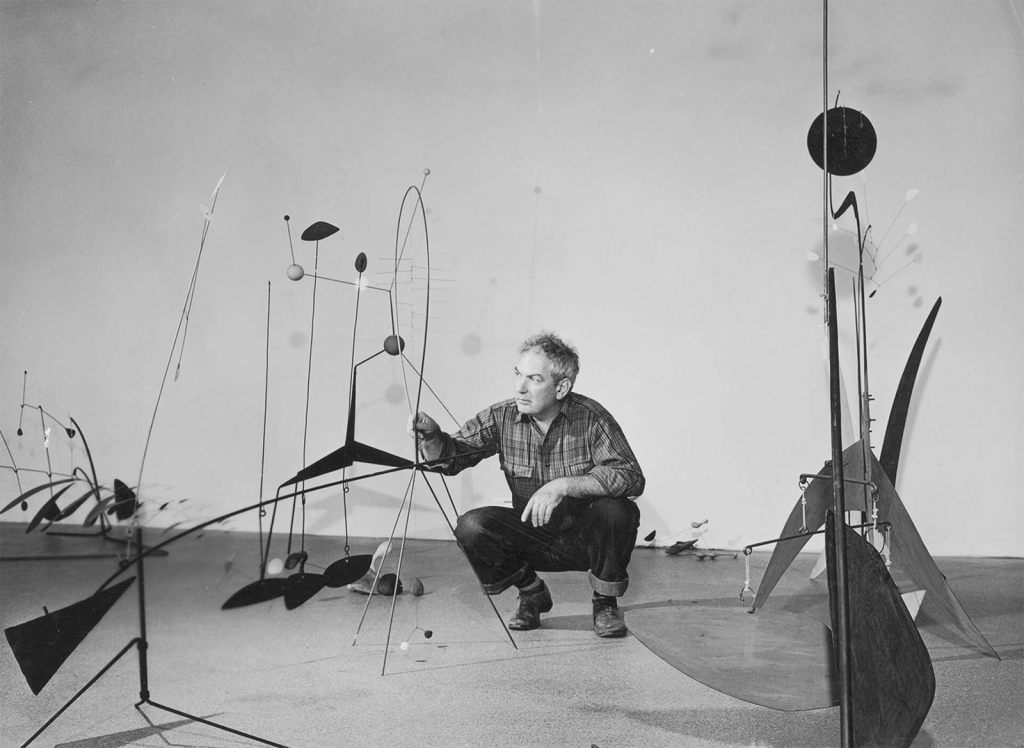 Alexander Calder: Modern from the Start

One of the most beloved American artists of the last century, Alexander Calder (1898–1976) reimagined sculpture as an experiment in space and motion. He upended centuries-old notions that sculpture should be static, grounded, and dense by making artworks that often move freely, interacting with their surroundings. “One of Calder’s objects is like the sea…,” wrote the philosopher Jean-Paul Sartre, “always beginning over again, always new.” Calder’s ever-changing artworks invite a viewer’s sustained attention; over the course of many decades, The Museum of Modern Art provided a setting for this productive exchange.

This MoMA exhibition looks at Calder’s work through the lens of his connection with the Museum. His work was first exhibited there in 1930, just months after the Museum opened its doors. Throughout its formative years Calder was called upon to produce several commissioned works—including Lobster Trap and Fish Tail, a multicolored mobile that hangs in the same stairwell for which it was made in 1939—and his sculptures have been a mainstay of the Museum’s galleries and Sculpture Garden ever since. Drawn from MoMA’s collection and augmented with key loans from the Calder Foundation, this exhibition covers the full scope of Calder’s work, from the earliest wire and wood figures to the monumental abstract sculptures of his later years.

Tune in Thursday, March 25, at 8:00 pm EST for a live Q&A with Cara Manes, associate curator in MoMA’s Department of Painting and Sculpture, and Alexander S. C. Rower, president of the Calder Foundation and the artist’s grandson.